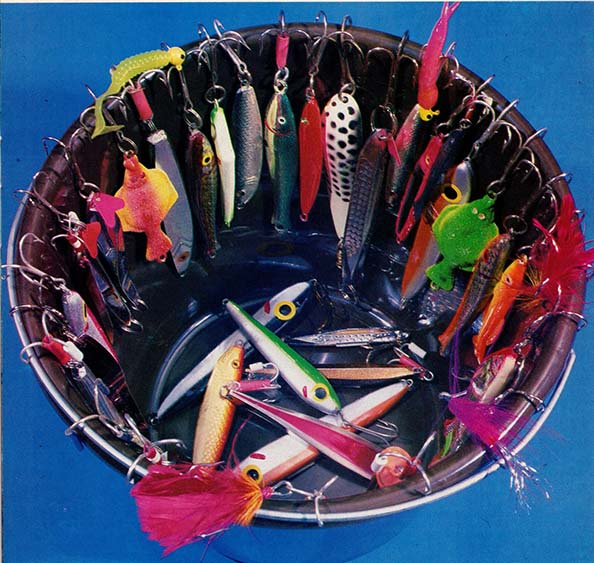 Red twisters and pilkers are very effective cod lures. Even then, when the fish are unable to recognize that color.
Fish have a special taste for certain colors. Zander, for example, is very fond of yellow, while the perch is red. Why is this happening and why fish tastes suddenly change at times, it is not known to the end. The issue of "optimal" colors becomes even more mysterious, when we take into account the possibility of perceiving colors at great depths, let's say in the sea. So let me explain, what is the source of the cod's preference for red, so often stated by anglers.
The red and yellow colors are already very dimly visible at a depth of about five meters, and the deeper the water, thus the colors become less and less distinct. Everything fades in the greenish-yellow glow. Why? The reddish-yellowish rays of daylight are captured by the upper layers of the water and converted into thermal energy. Only short-wave greenish-blue light reaches the deepest parts of the water.

Red and yellow lures lose their color with increasing depth. So all the red and bright yellow pilkers should, in fact, stay at home. At depth, where we mostly fish for cod, i.e.. on 15-25 meters, these lures turn more or less gray. Zander and perch that live in shallow freshwater are distinguished by color, while cod foraging at great depths do not have such a possibility.
However, this does not change the fact, that there is nothing more annoying than a neighbor on the cutter, for example fishing for a red pilker or a twister one cod after another, while us, at the same depth, for the same bait of the same size, but only in a different color, I don't want to take a single fish. By the way, it is no natural cod catch that has a red color! So why do cod take on red baits so well?, and the next day they react, let's say, only in yellow?
Or in the dark glow of the deep sea, nevertheless, these fish can distinguish colors?

So far, scientists have a lot of doubts about this and are unable to precisely answer the question asked. However, I do, that in the near future, thanks to the use of the most modern research methods, the color perception of fish will be carefully investigated. However, something is already certain. Each species of fish has a different predisposition to perceive colors. Some fish are color blind at all, others, however, such as aquarium goldfish, they perceive color differences much better than people. Trout, for example, can distinguish between ultraviolet light, which is completely invisible to the human eye. Scientists are now also working on "figuring out" the color perception of cod (based on the study of the pigment from the retina of the eyeballs). It has already been established, that these fish can only distinguish very well between blue-green and bluish-violet colors. For example, they cannot see red at all! So how to explain the fact, that cod so often and so "furiously" take on red pilkers and twisters? Dr. Ole Munk from the University of Copenhagen, specializing in the sense organs of fish, and in particular in the ability to perceive, explains it as follows: "In most cases, the cod hunting just above the bottom perceives it against the bright background, the bluish-greenish surface of the water only the very silhouette of the prey it chased ".