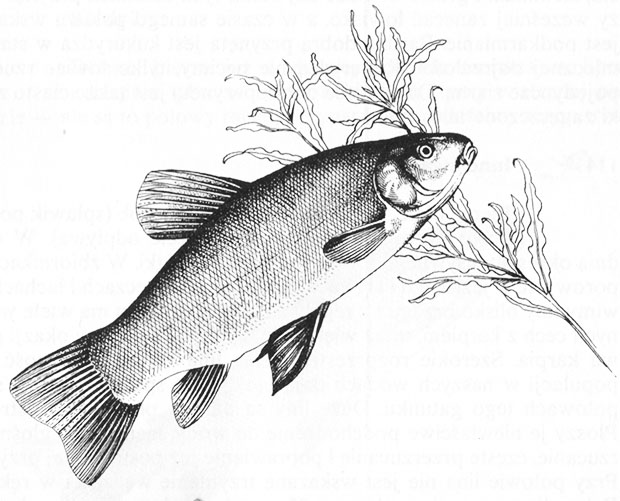 Where to find the rope?

Thanks to artificial stocking, it is widely spread in all watercourses (except for trout waters), in dam reservoirs, clay workings, peat bogs, natural ponds and lakes. He looks for a position there, where the high levels of the waters have brought silt, in calm and warm waters, with rich aquatic and marsh vegetation. Oxbow lakes usually suit him, riverbeds and meanders. It is a sedentary fish and does not change the habitat once chosen. It searches for food in the coastal zone; has its own characteristic feeding sites, to which he systematically returns. We expect it in overgrown places near the shore or there, where traces of his presence can be seen (wave of aquatic vegetation, cloudy water, bubbles appearing on the water surface in summer). In the watercourses it can often be found on this shore, where calamus or marsh iris grows singly. This angler has the best catch results, which throws the bait close to the shore.

When to fish for rope?

From the first warming in May until the end of July, later in August. In the morning and in the evening, at the beginning of the season all day long. The best conditions for fishing are in high and cloudy water, on warm and slightly cloudy days. The ropes can be used in good weather as well, but only in the mornings and evenings, and during the day they gather food from aquatic plants or feed on the bottom. In August, in September and October they take only small lures.

No load, with a float holding the bait just above the bottom (pay attention to the possibility of drowning the bait in the mud). For an appetizer with and without a float, with the use of light, through a sinker. In heavily overgrown positions, after removing parts of the plants to create a "window"”, a method involving frequent vertical movements of the bait can be used.

From spring to summer, slurry and dug earthworms are suitable as bait, volunteers, insect larvae, meat and flour worms” and smaller clams, in the second half of the season - cake, potatoes and peas. In case of using the latter lures, the fishery should be baited earlier, and during the catch itself, feeding is advisable. A very good bait is milk-ripening maize. We do not attract corn, only when fishing we throw single seeds. Since August, a good bait is also a roll dough thickened with breadcrumbs.

Takes confidently, in a characteristic way (The float initially vibrates, drowns, and finally it floats away). During the day, the period of intense consumption is very short. In dam reservoirs, in lakes and ponds (also in oxbow lakes and rags) we catch lines close to the shore and usually in the shallows. Lin has many things in common with carp, therefore most tenches are caught when carp are caught. The wide spread of tench and the large number of its population in our waters make it possible to specialize in fishing for this species. Large ropes are very skittish and careful. They are frightened by improper approach to the water, inattentive, loud casting, frequent flipping and adjusting the already placed bait. When fishing with a rope, it is not advisable to hold the rod in your hand. In Poland, ropes have a protective dimension 25 cm, no grace period has been established. You can catch the most in a day 5 individuals, including amur, barbel, vimba and carp.