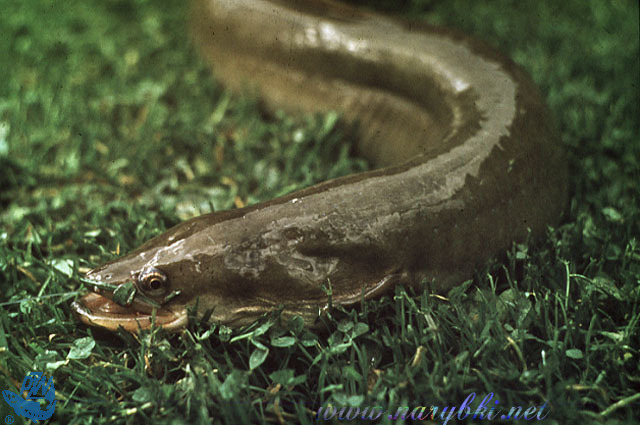 Eels have a very well developed sense of smell. An attractively smelling groundbait lures them even from a very long distance.
What do you think about attracting eels? I bet, that you do, that this is the stupidest idea in the world. Or maybe not? Just think about it – angler, who wants to catch an eel. or she has to pass him the bait right under his nose. or somehow lure them near the bait. And how fish are attracted to the fishery? Of course, only the right lure! Anglers who specialize in catching quiet feeding fish know this very well, colleagues focused on catching eels, they rarely consider this possibility. I cannot imagine successful eel fishing without first baiting. Especially then, when I am fishing in a big one, basin unknown to me.

Some eel hunters, staunch opponents of lure, they think, that possibly attracted by the bait, eels quickly satisfy hunger. then they ignore the bait. In a way, maybe that's right, but there is' risk”, which pays off anyway. Other colleagues, on the other hand, choose not to entice, because they believe, that the groundbait attracts all eels from all over the area, and then they only take shoelaces all night”, which are always the most. It is also possible, though, as for me, I would even enjoy tact, that the eels at least react to my groundbait. Only the complete absence of bites gives something to think about. I believe, that if the bait attracts small eels to the fishery, the appearance of the biggest ones is only a matter of time. In fisheries with a small number of eels, but the really big ones, encouraging them is the only way to be successful. How can I be so sure? From practice. Together with six colleagues from my circle, we once decided to fish eels in two large lakes. It was only me. At the end of the season, I had six fish weighing 0,8-4,0 kg, while my "competitors" ended the season with a zero score. Only one of the six eels was small, the rest are real "questions". By the way, I will also add, that in the case of both of these lakes, I have not heard of catching an eel without first baiting. These lakes were special in a way (little eels), however, the water bodies close to where you live may be quite similar in this respect. Everyone believes, that there are no more eels in them, and here it suddenly turns out, that after proper baiting, they take real fish from time to time. Before I started enticing, all eel bites were very typical – carefully grabbing the bait, followed by a long escape. Some of the eel escapes were so fast, that sometimes, before I knew it, that I had a bite and I ran to the fishing rod, when closing the bail, I only had a few meters of line on the spool. Once the baiting began, the bites became much softer, The eels also stopped escaping in their usual manner.

Very often the eels were eating carefully like bream – the bite indicator went up a few centimeters, and then froze. In these types of situations, the angler must be as alert as a crane at all times, because the delay of a dozen or so seconds ends with a very deep swallowing of the hook by the fish. Wanting "clean” catch baited eels, we have to jam as soon as we notice the bite. I have wondered about it many times. because it contradicts all the rules. according to which the eel taker should be given time to swallow the bait. After a while, I came to a conclusion, that there can only be one explanation – The eel accepts the bait without the slightest suspicion and swallows it immediately (he normally grabs it in his mouth and swallows it only during a long escape). Perhaps the nocturnal predators have shifted their caution due to regular baiting throughout the week (I usually fish only on the nights from Friday to Saturday and from Saturday to Sunday). Eels, which once will find a systematically enticed place, from time to time they go back there and start feeding without any fear. In this respect, these fish are very similar to those fed with bread, half-tame mallard ducks. If, during a family walk in a park with a pond, our child throws only one crust of bread on the water, the ducks fight for her like crazy. If, on the other hand, we start feeding them family, throwing at once half a loaf of sliced ​​bread, the ducks eat quite leisurely, because they know, that there is enough bread for everyone. The eels take very gently also in places, into which the wind carries naturally dead fish. These are somehow "enticed" places” by nature. This does not mean, however, that once you have established such a fact, you should completely give up all enticing. Anglers specializing in catching quiet feeding fish constantly attract selected fisheries, so they attract fish to them and make them accustomed to groundbait (bait). So why us, eel hunters, we would not benefit from the experiences of our colleagues? Rosewoods, red and white worms and dead fish are groundbaits that have an extremely provocative effect on eels. On the occasion, sometimes pikes also appear in the fishery, carps, ropes, roach and perch. Half the trouble, if they are only individual fish. If there are more of them, the chances of taking the eel decrease (especially when near the baited place "settle."” a few pikes permanently).